While the weather is anything but frightful (I’m giving you the evil eye San Diego) Christmas is upon us! YAY! I’ve long since been a fan of Christmas and while I wish to experience a postcard white Christmas I am still excited for our warm San Diego Christmas. This month has been full of many family shoots, Christmas music, Mexican hot chocolate, and endless amounts of my favorite Christmas movies. I wanted to wish everyone a very Merry Christmas, Happy Holidays and a fantastic New Year! I hope everyone enjoys their time with family and friends and gets just what they want from Santa.
My cat Marshmallow has been in the Christmas spirit for the last few days now on her Instagram page (yes my cat has her own Instagram, if you are so inclined it’s marshmallow_kitty) Enjoy this recent shot of her posing oh so cutely! 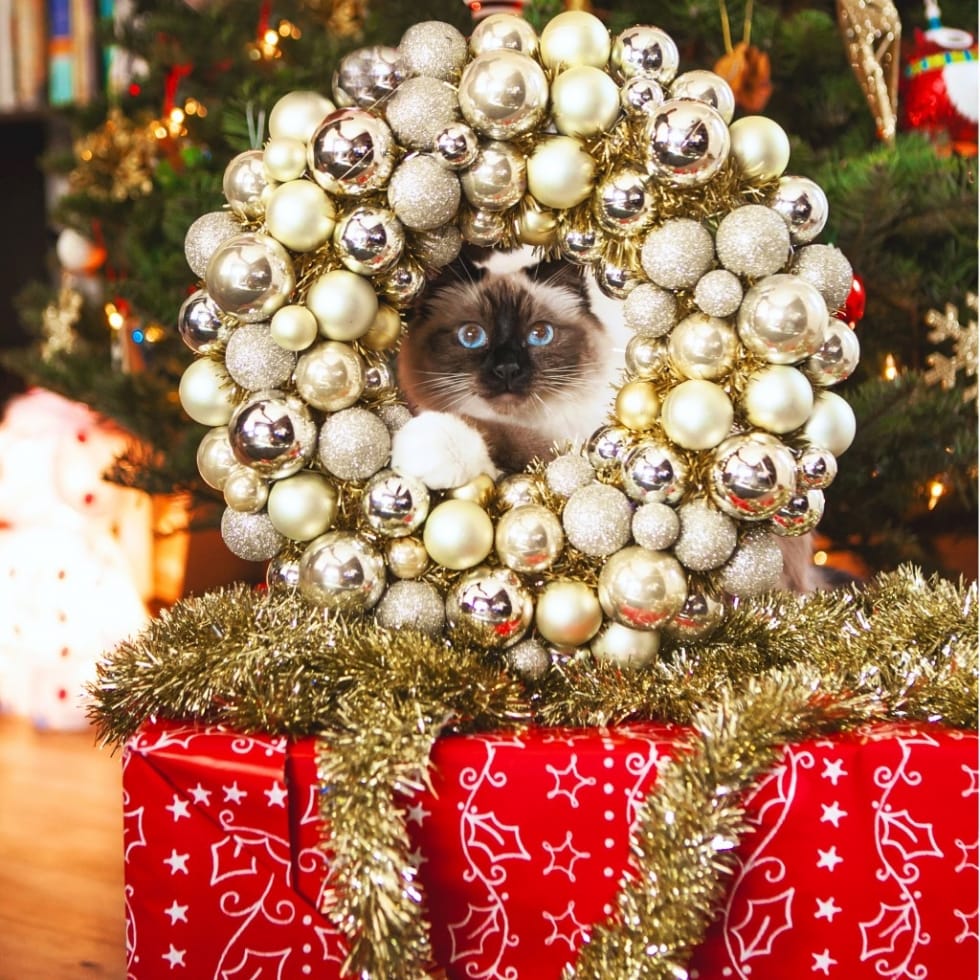 The day that both Kanoa and Leila had been looking forward to had finally arrived. Their wedding day was upon them, their family and friends assembled at the Church in Ocean Beach where the two would exchange their vows and say I do. Emotions were running high as Leila waited in the room next to the church for her moment to make that walk down the aisle. In came her father ready to walk arm and arm with his daughter on his way to give her away to the awaiting Kanoa. The grand moment came; Leila and her father entered the church as everyone stood and turned towards the bride. This is such an emotion filled moment for every bride and groom, and it seems to go by in a flash, along with the wedding day itself. That’s why I’m so happy to do what I do and provide each couple with images that bring them right back to that moment. Enjoy the photos below from this beautiful couple’s wedding day! 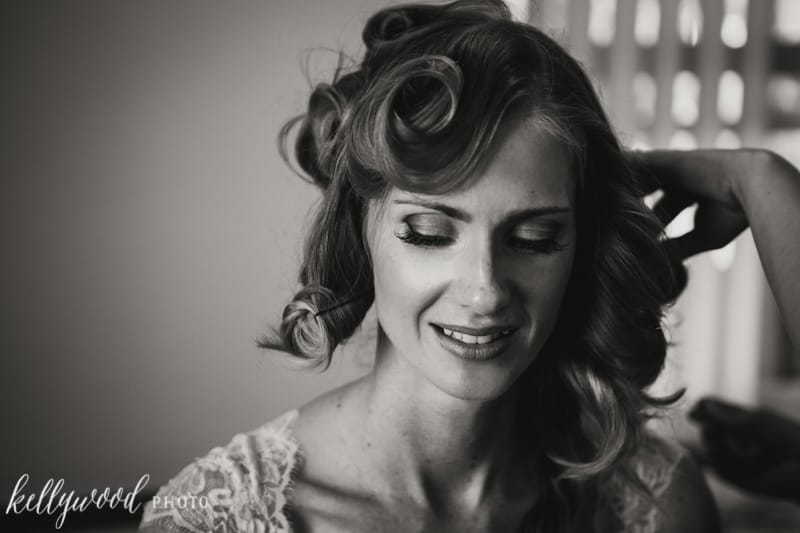 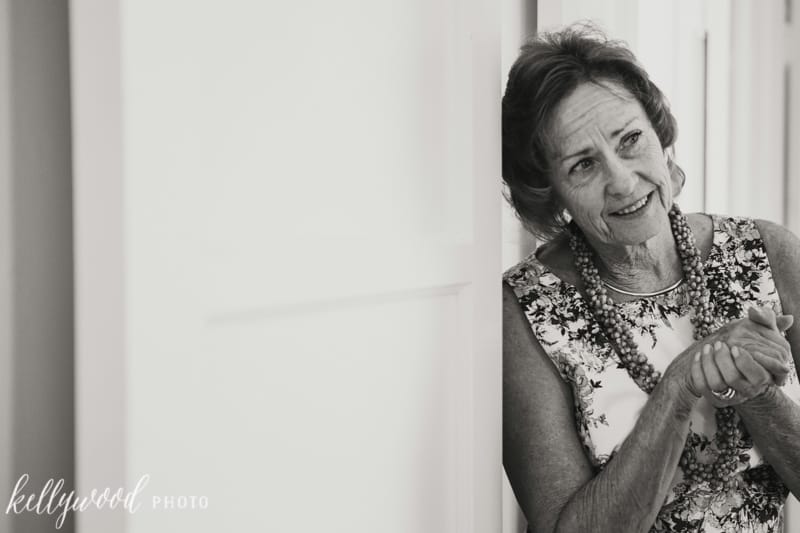 A few months ago Leila and Kanoa walked together side by side feeling the sand between their toes at one of their favorite spots to go: the beach. This was something the two had enjoyed together before but this time was different. This time Kanoa had something planned for Leila, he had strategically placed an engagement ring into a shell on the beach for Leila to discover. After some prompting for her to pick up and inspect the shell, there it was; unexpected and sparkling in the light: a diamond ring.

I have had the pleasure of knowing the wonderful Leila for many years, and let me tell you she has a beautiful personality to go along with her outward beauty. About a year ago she found the perfect guy for her, a man whose friendly and kind personality would match up perfectly with hers. They selected Balboa Park as the backdrop for their engagement photos. The reason; because it was the location of their second date. A date in which Leila says she didn’t think Kanoa was even into her. Which let me just say is a crazy! And obviously he was into her, and here they are now a few weeks out from their wedding day!

Enjoy the photos from their session below:

END_OF_DOCUMENT_TOKEN_TO_BE_REPLACED

This Los Angeles engagement session takes the cake for most epic photo shoot to date! And it could not have been with two cooler people! To start the bride-to-be Vanessa, has been my bestest friend since we were in the 4th grade! Sadly she moved to LA a few years ago, but it worked out for her cause that’s where she met Mike. Who is equally as nice, funny and cool as Vanessa, and I really am oh so happy these two found eachother!

The shoot basically serves as a small tour of the city of Los Angeles. We hit a total of 5 maybe even 6 different areas, with multiple locations at each location! Which means we got a ton of variety! The first spot on day one of two of our shoot was the beaches of Malibu, however we needed to make a stop in a field I saw from the car on the way there (I’m a sucker for fields with pretty light, what can I say?)
The next day we started in the afternoon and went all the way till night fall! Hitting a couple of Vanessa and Mike’s favorite LA spots. Which included the bar Ye Rustic where they met during a Chargers (her team) and Raiders (his team) game. We also hit up a favorite LA haunt of theirs The Dresden an awesome spot that has a lot of old hollywood charm, with it’s bright red booths, dark woods and low lights. In downtown LA we found some more sweet spots: The Walt Disney Concert Hall a place I’ve always wanted to shoot at, The Bradbury Building which has a gorgeous interior and has been used in many movies including a favorite of mine: 500 Days of Summer. That sounds like a lot of spots but there were still more to come! No Los Angeles shoot would be complete without my favorite place Griffith Park a spot that not matter the reason I’m in LA I have to go visit! And last but not least we went downtown to the John Ferraro Building which provides a gorgeous skyline backdrop.
So as you can see I wasn’t kidding when I said it was an epic shoot! I wouldn’t have changed anything about it, I could have kept going all over LA the next day too, so many amazing spots in that city!

END_OF_DOCUMENT_TOKEN_TO_BE_REPLACED

Walking into Sarah’s parent’s house on the day of her wedding I was met with an excited energy. It once seemed like a far off day back in December of last year when we first met, but here it was: the day that Sarah and Solomon had been waiting for; their wedding day. While talking with Sarah after I arrived I learned she was only just now getting nervous. Seeing everyone there getting prepped suddenly made it clear this was it. This was her wedding day. It was then while seeing her mother in that perfect dress she had selected just for her daughter’s wedding, while seeing her friends in those bridesmaids dresses she had long ago selected, that it became real.
Arriving at the church Sarah took strides to ensure that she would not see Solomon, wanting to wait until the moment she came down the aisle to first lay eyes upon her man. The excited energy mounted now as she was here at the church getting into her dress with her friends and family looking on. Tears begin to run down her mother’s cheek as she stepped back and fully took in the image of her little girl in her wedding dress.
The moment finally had arrived for Sarah to make the walk down the aisle. She stood waiting arm in arm with her father in anticipation, as her father tried to choke back the tears. Standing just around the corner out of view from everyone, she knew she was ready and couldn’t wait a second longer to make that walk towards her future husband.

Sarah and Solomon your day was full of so much love, laughs and happy tears. It was a great pleasure to be a part of your wedding! I hope you enjoy the photos as much as I did taking them. Congrats to you both!